Halogen managed all aspects of the campaign through occupier marketing and consumer events to the successful launch in May 2011 – resulting in extensive radio, press and online coverage across national, trade and customer media. 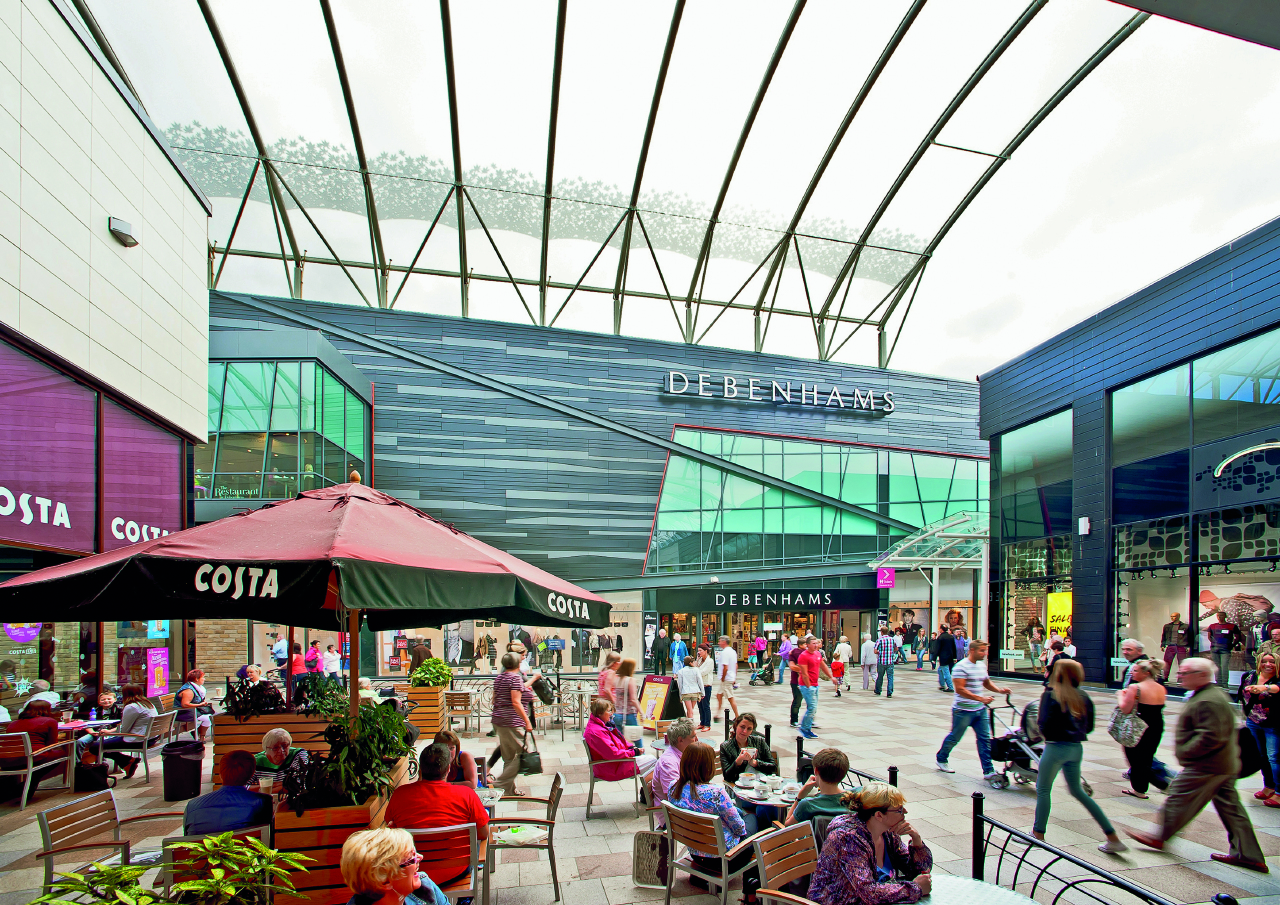 Halogen was appointed by Ridgeford Properties to raise the profile of two specific properties in Fitzrovia – Weymouth Street and Bolsover Street, targeting the luxury residential market with a media relations campaign.

Following a successful PR and marketing campaign including stand-out coverage in the London Evening Standard for Weymouth Street, both schemes achieved full take-up. 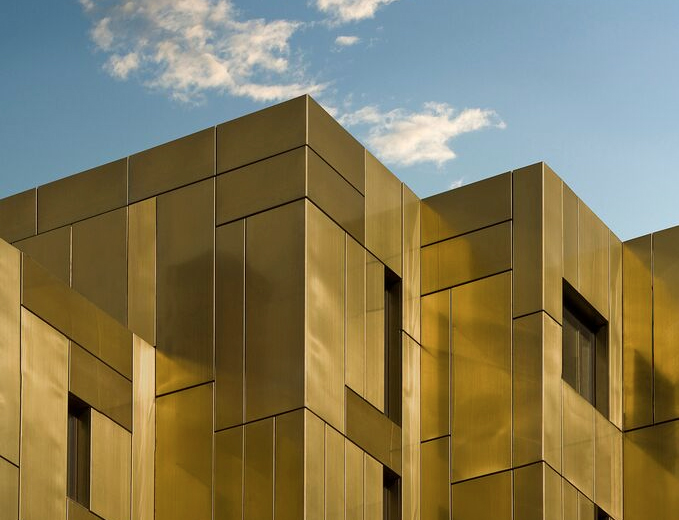 Connaught Village is the retail quarter of the Hyde Park Estate in central London. Owned by the Church Commissioners for England, the Village is an attractive, upmarket enclave of exclusive, independent shops, galleries, restaurants and cafés together with luxury residential accommodation.

Halogen established its position as one of the ‘London Villages’ and managed all aspects of marketing, including providing leasing support, tenant liaison and B2B media relations as well as driving a comprehensive consumer campaign including a landmark Summer Festival, two seasonal magazines and social media. 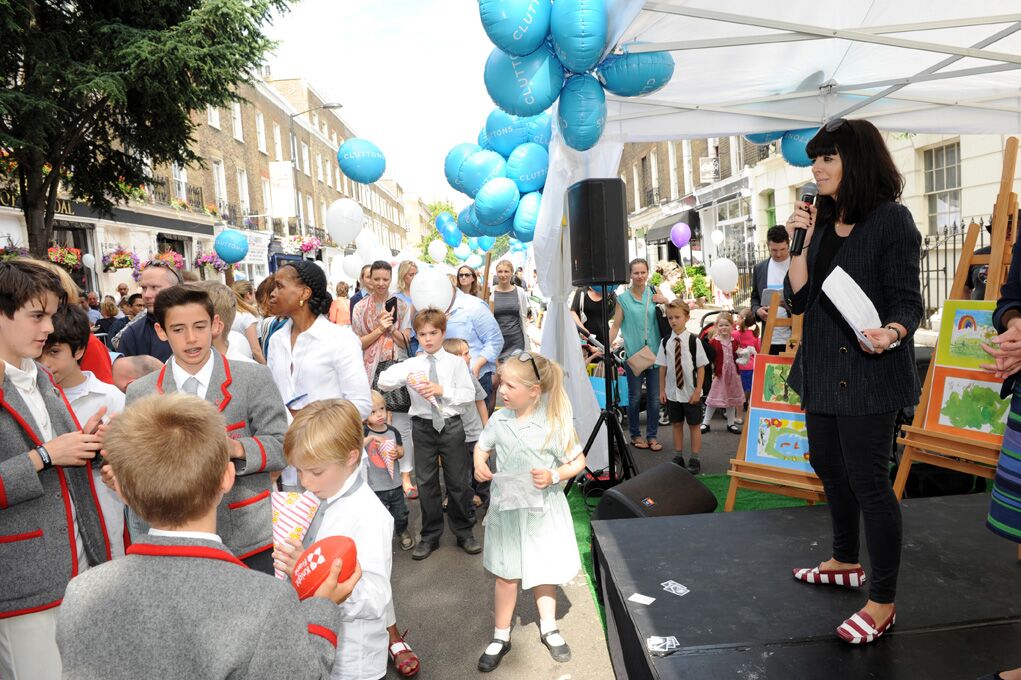 From the start of the brief occupancy at the Tech Park rose from 60% to 97%, resulting in a significant increase in book value and establishing the park as a viable investment asset, which AEW UK acquired in 2015. 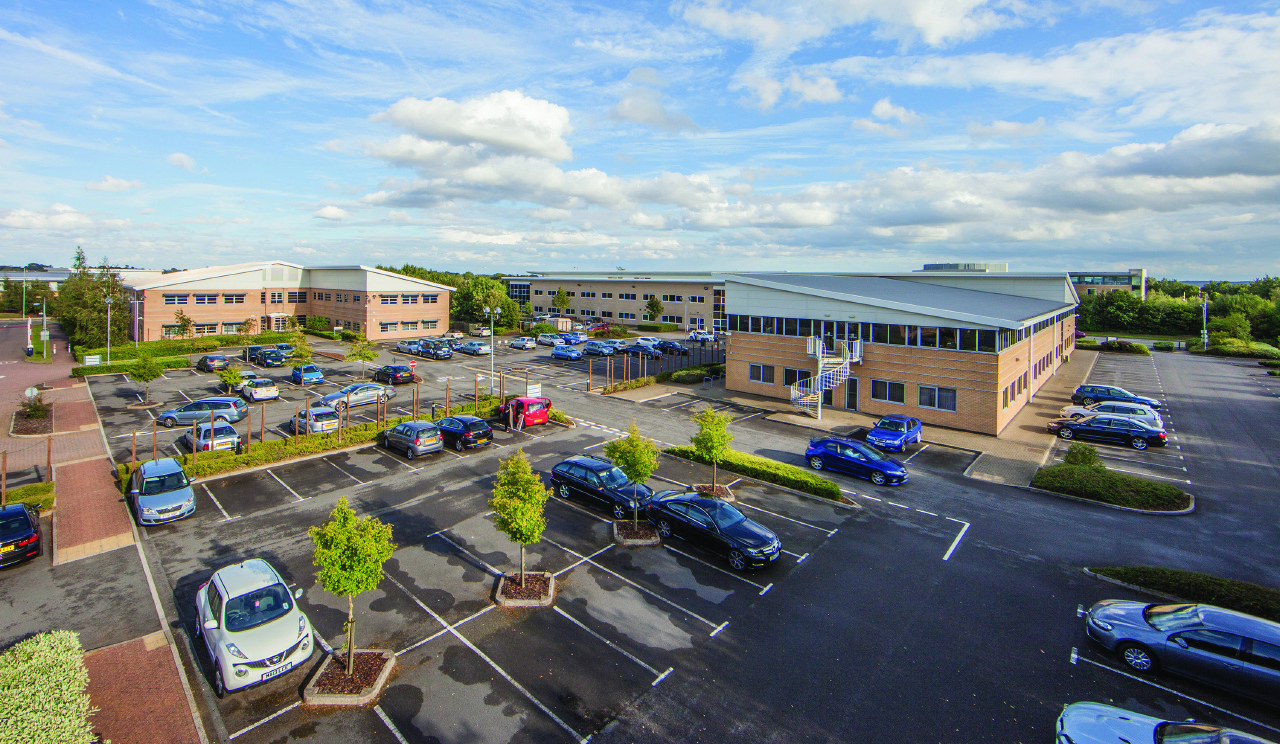 Halogen also played a leading role in the development of a town-wide marketing approach, working with the local authority, leading town centre stores including Williams and Griffin (Fenwick) and neighbouring property owners to raise Colchester’s profile with consumers. 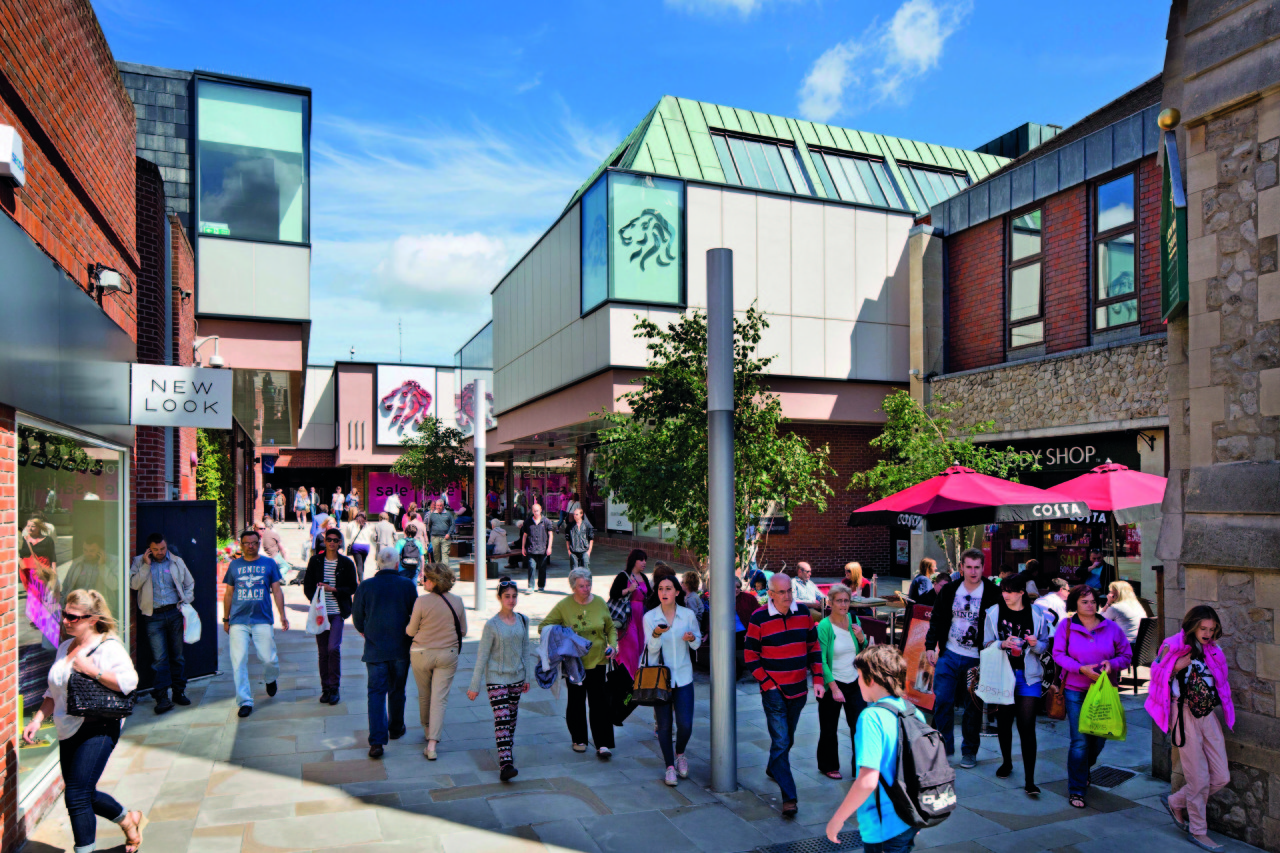 St. Modwen commissioned Halogen to help in building a new community in Wantage. The 227 acre Kingsgrove site will provide 1,500 new homes, a new primary school and a neighbourhood centre including community amenities, pub/restaurant, shops and offices, sports and recreation areas, all set around a central park.

Following a successful planning campaign Our main emphasis has been on establishing the project in the region and building closer links with the existing community to integrate and bed the scheme into the town.

A strong brand has been established focusing on the rural environment of the site and embracing its historic past to engender a strong sense of place and community.

This is supported by a media and comms programme that focuses on the location and is supported by our communication and engagement activity on the community facilities and new school being brought forward, creating a real sense of place. 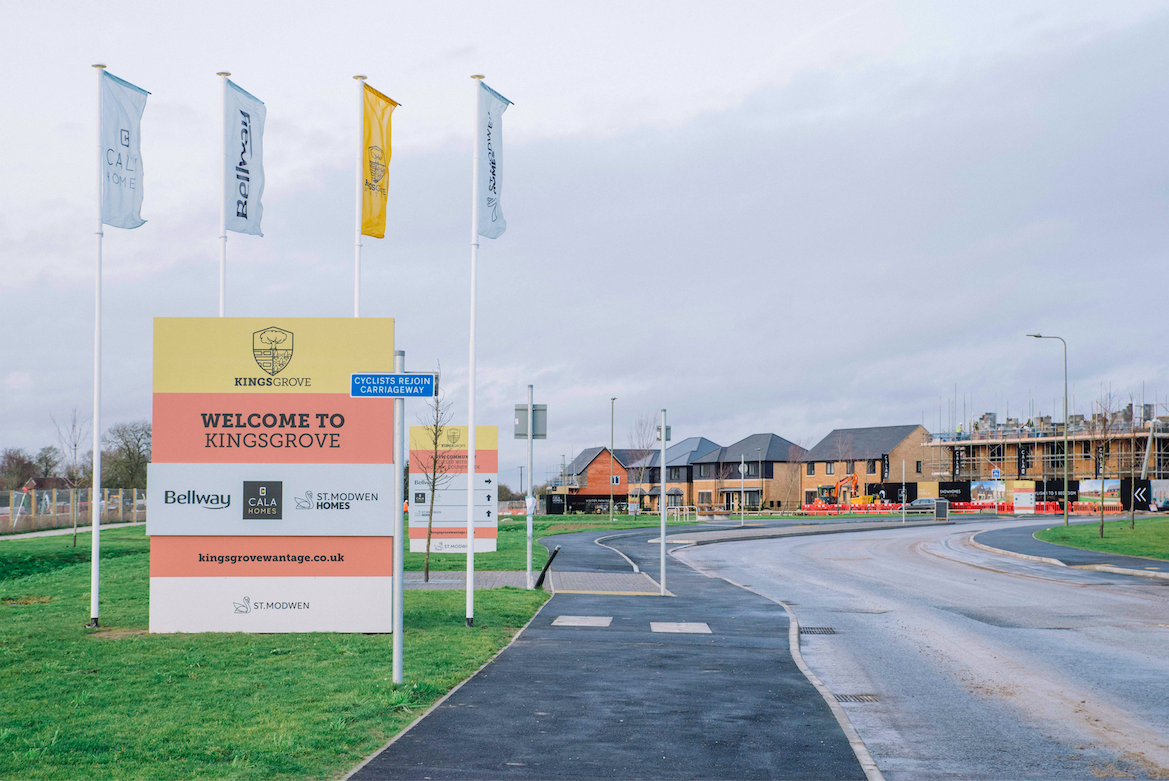 Halogen was appointed by leading independent planning and design practice Barton Willmore to manage the company’s media profile to its business audiences in the UK and internationally.

Working with the practice’s ten UK offices and international teams, Halogen managed a comprehensive communications programme and press office, promoting the company’s work on some of the most exciting development projects in the UK and around the world including Royal Woolwich Arsenal, Longbridge, Eastern Quarry in the Thames Gateway, King Abdullah International Gardens (KAIG) in Saudi Arabia and Beitun City in China.

Making the move from exclusive villages to inclusive communities with a new marketing approach and online presence.

As one of the very first providers in the UK of retirement communities for the over 65s, Retirement Villages Group recognised that the moving dynamics in the sector and wider demographics meant it was time for change. To respond to the rising demand from those aged over 65 for a better quality of later-life accommodation it set out a new business plan, backed by a £2bn investment by owners AXA IM Alts, to drive forward expansion into 40 more new sites across the UK set close to urban and suburban centres.

Halogen director Gerwyn James set about creating a new communication approach to support the business’ aspirations which acknowledged the powerful forces that community, wellbeing, sustainability and a sense of purpose played in realising a healthier and more fulfilled later life.

Changing the focus from a property-led offer to a new proposition for the market that promoted the new values of independent living, we kick-started a mission to change.  We formed a new marketing communication team and appointed like-minded digital and brand businesses. The first phase of bringing the strategy to life brought a new strategic approach to digital and a transformed online presence. 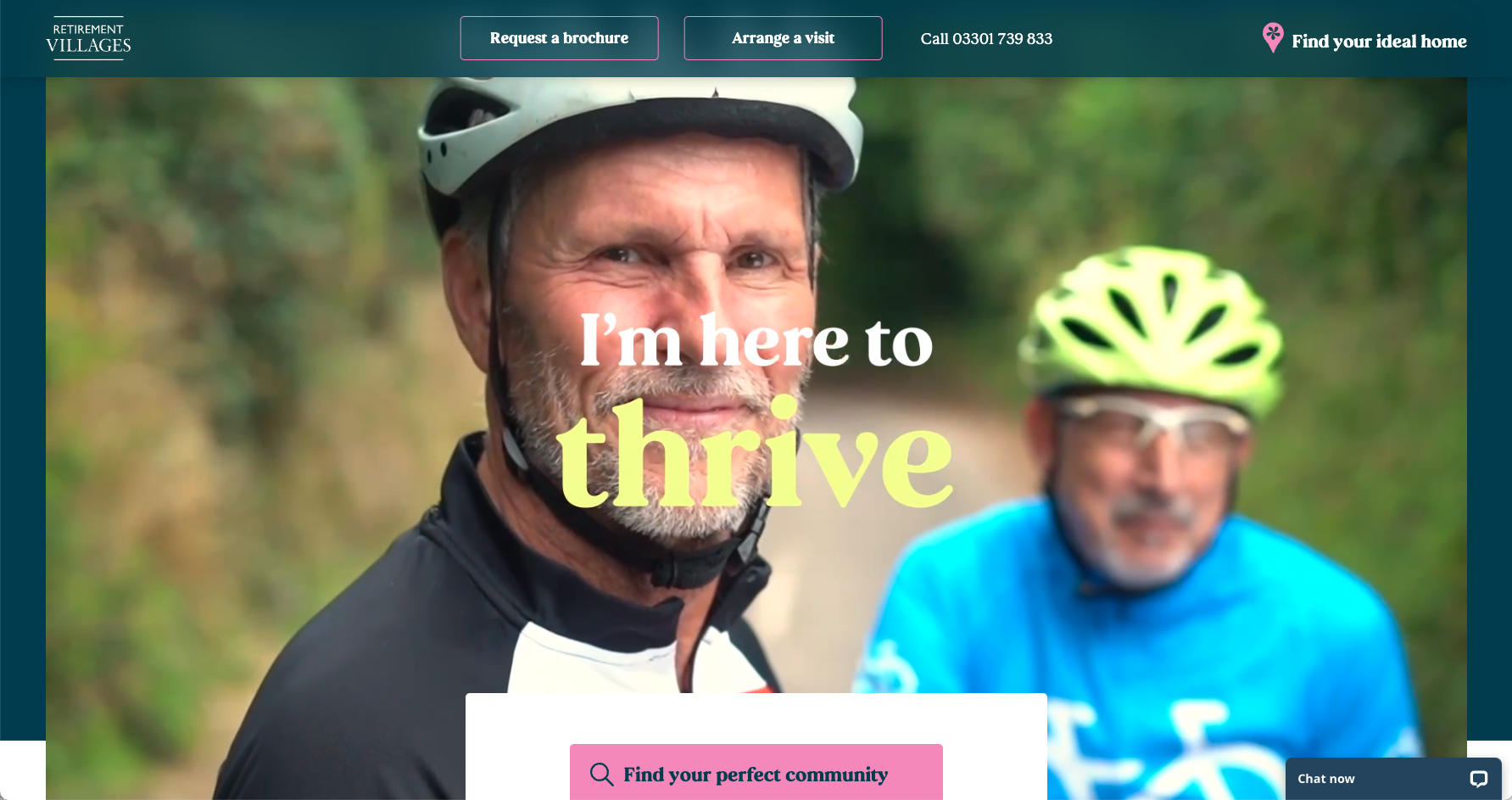 Puerto Venecia, located in Zaragoza, part of Spain’s wealthiest region and its fastest growing city, was a ground-breaking 206,000 square metre mixed-use project that has become the largest retail and leisure destination in Western Europe.

Halogen was appointed by the developer, a joint venture between British Land and a consortium of private investors, to create a communications strategy for the project, targeting the international retail audiences and regional consumer audiences. With our design partners we created a strategy based around creating a strong identity and sense of place for the site, which included destination branding, an online presence for both Spanish and English-speaking audiences, advertising, mailers, exhibition stands and social media communications, all building up to the much-anticipated launch. 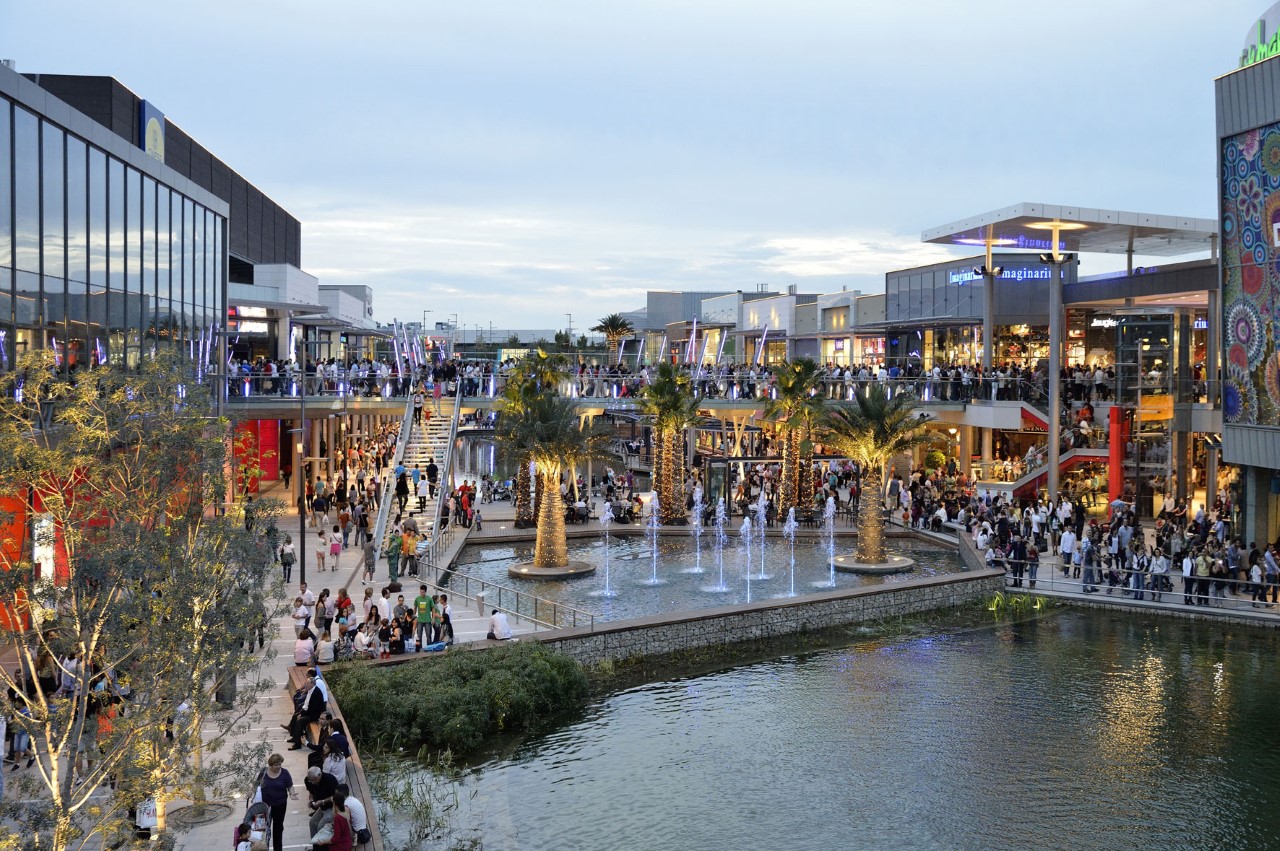 Halogen worked with Crest Nicholson and Aviva Investors for 10 years on the redevelopment of the former Defence, Evaluation & Research Agency (DERA) to create a new designated garden village including up to 1,500 homes, 800,000 sq ft of commercial space and a new country park.

The complex site which straddles two councils, lies adjacent to a special protection area and Wentworth golf club, requiring a skilled and sensitive approach to PR focusing on the need and quality of the developments. 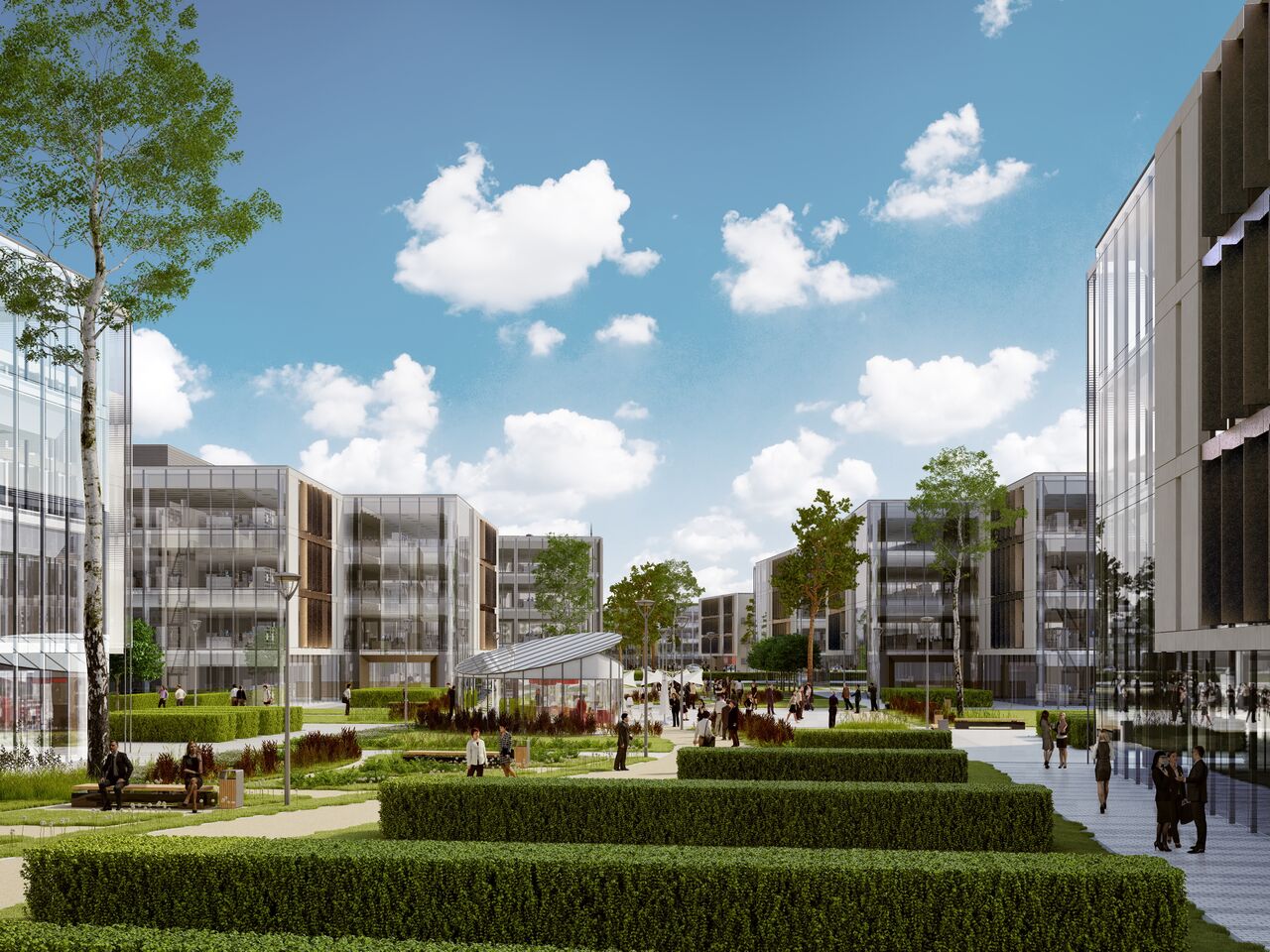 The shopping centre at the heart of Camberley was purchased by Surrey Heath Borough Council (SHBC) in November 2016 for £86m as part of a wider £350m investment in the town centre to ‘kick-start’ its regeneration. SHBC and Investment/Asset/Managing Agents, Montagu Evans, appointed Halogen to provide the vital communication strategy, new messaging and branding to support the revitalisation, new investment and placemaking programme.

Under an umbrella brand of CAMBERLEY BE INSPIRED a new name and identity – THE SQUARE – was launched for the shopping centre to coincide with an £8m refurbishment programme, which reflected the heritage of the site with sympathetic and relevant branding that linked with the wider town centre transformation and promotion: 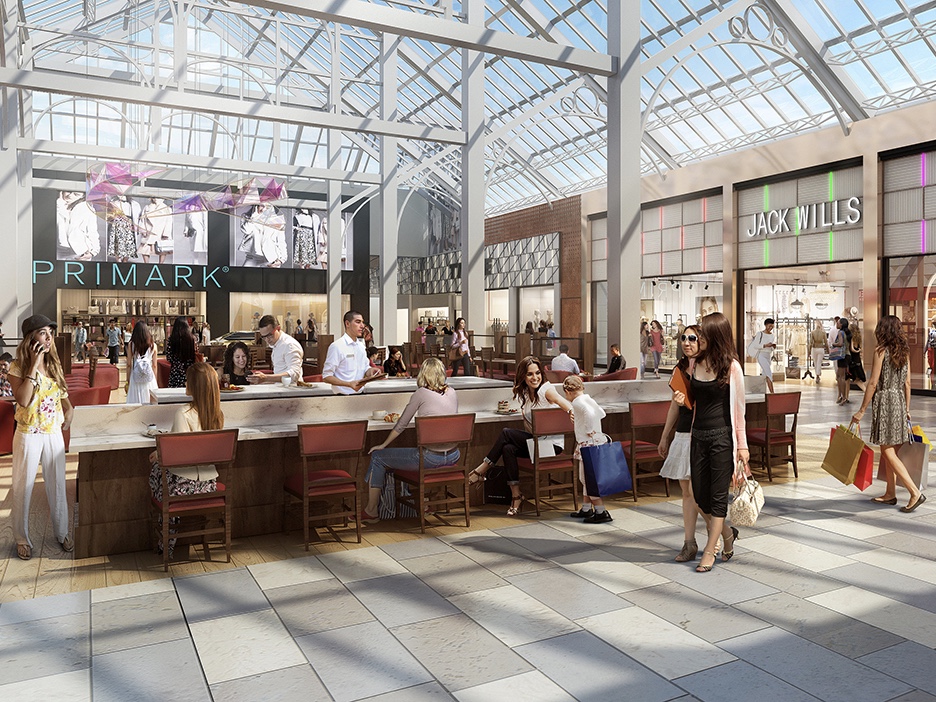 With a focus on PR and engagement, Halogen worked with regional teams to promote the property portfolio. Within London this included the major regeneration of New Covent Garden Market in Nine Elms and the creation of a vibrant mixed-use community at St. Andrew’s Park, Uxbridge amongst others.

Exploiting these projects, Halogen still works directly with development teams and corporate communications to support the company’s profile as a whole, and the specific growth strategies. 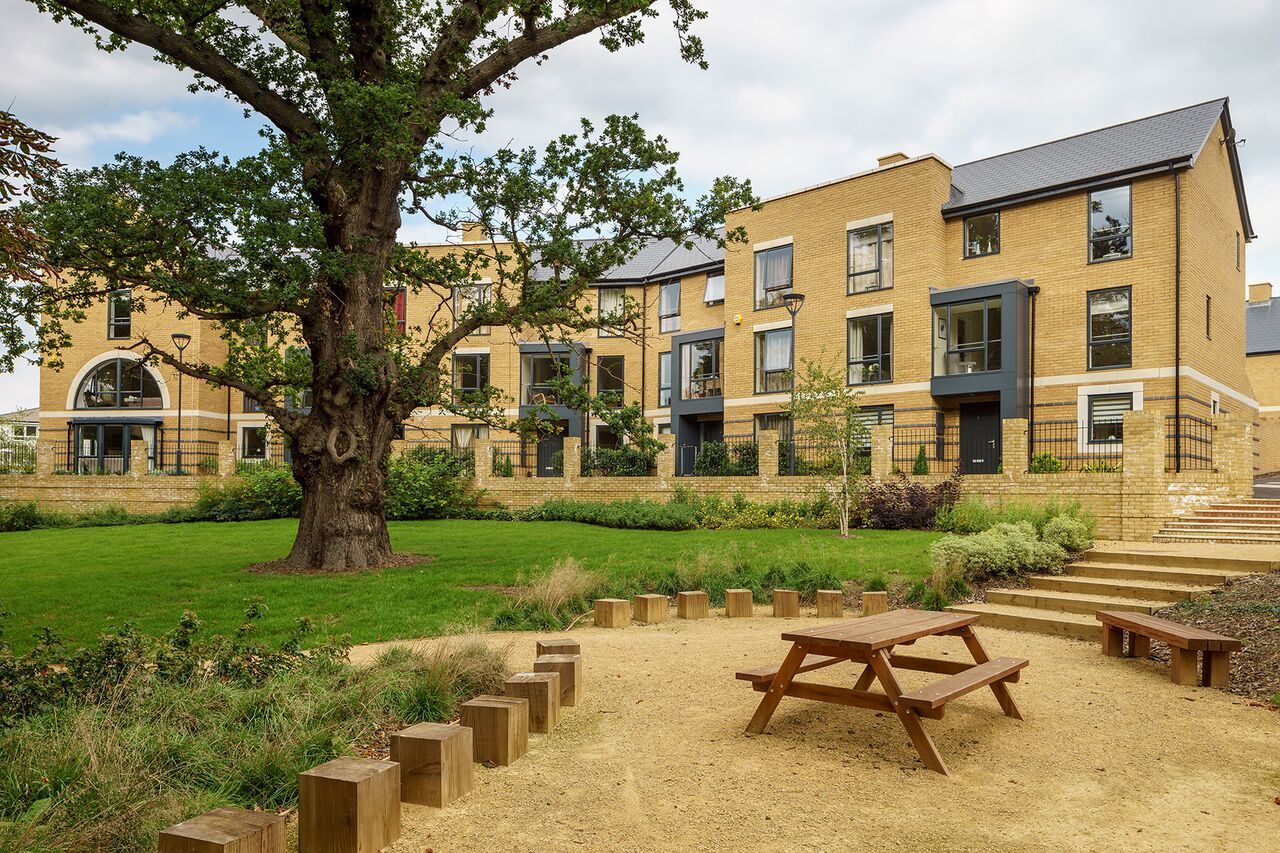 At St. Andrew’s Park in Uxbridge Halogen is working on the delivery of a major new mixed-use development on the site of the former RAF Uxbridge, home to the ‘Battle of Britain Bunker’. The site has been closed to the public for 80 years or more, so we have initiated a programme to create a sense of community and place, utilising the site’s unique history, which links the residential, recreational and commercial elements.

The masterplan includes 1,340 homes and a new 160,000 sq ft commercial quarter as an extension to the town centre with a new primary school, theatre and museum. The development also includes London’s largest new public park.

As well as the core stories on progress and sales, there has been a range of wider storytelling, with the opening of the 720 pupil primary school, the new Jubilee Woods, engagement with local schools, a time capsule supported by the RAF, refurbishment of the visitors centre at the World War II Bunker, community tree planting around the new play areas and pitches, and a short film of the redevelopment with film students at the nearby Brunel University. 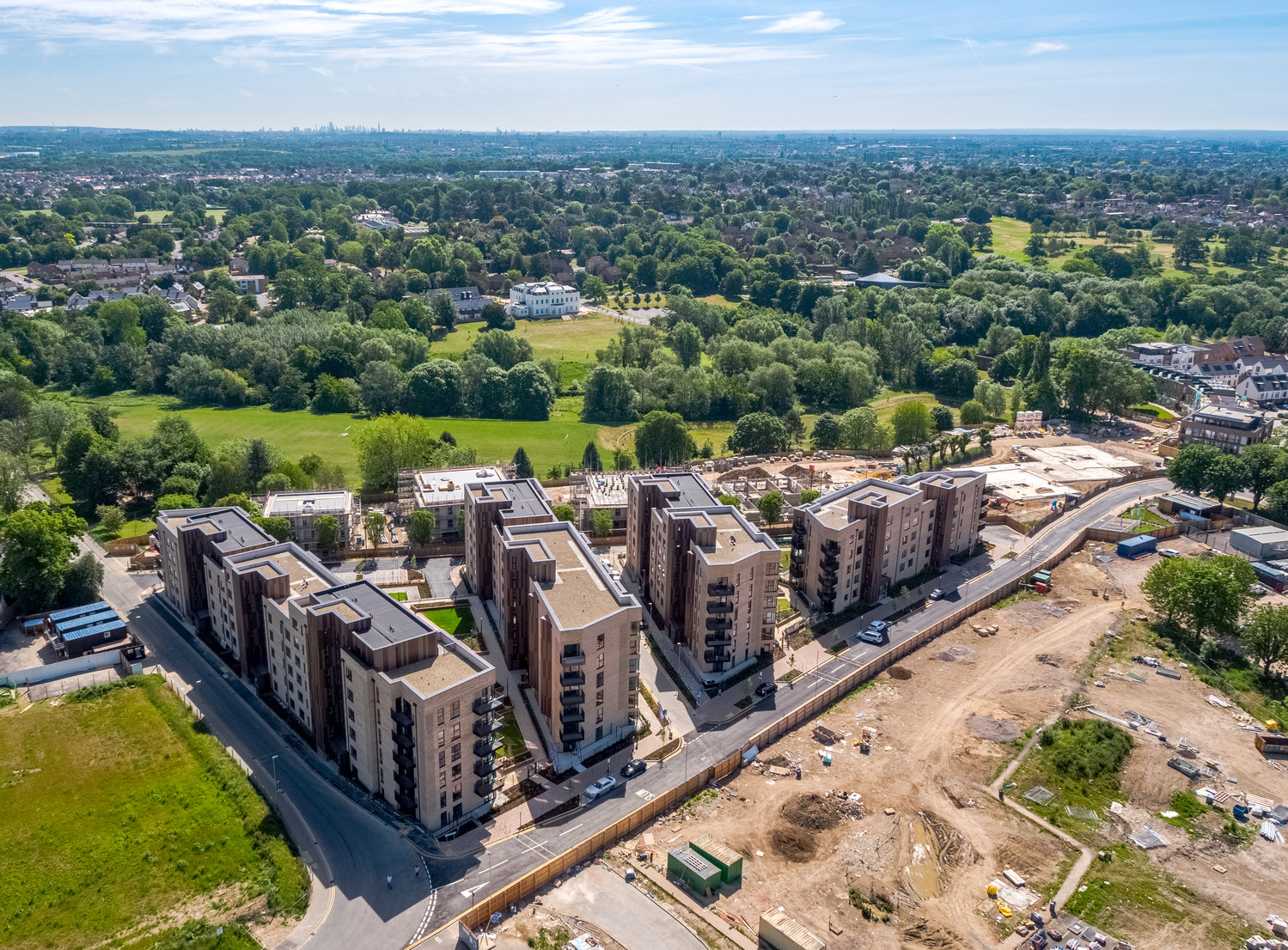 Halogen manages project communications on behalf of VINCI St. Modwen (VSM) for the joint venture’s sites at New Covent Garden – a 10-year transformation project including a new market as well as 3,000 homes, offices, retail and community space within the Nine Elms Opportunity Area.

Working alongside VSM’s partners the Covent Garden Market Authority Halogen has developed and implemented a strategic communications campaign including creation of a new brand for the development sites, a project website and community newsletter supported by media relations and PR. 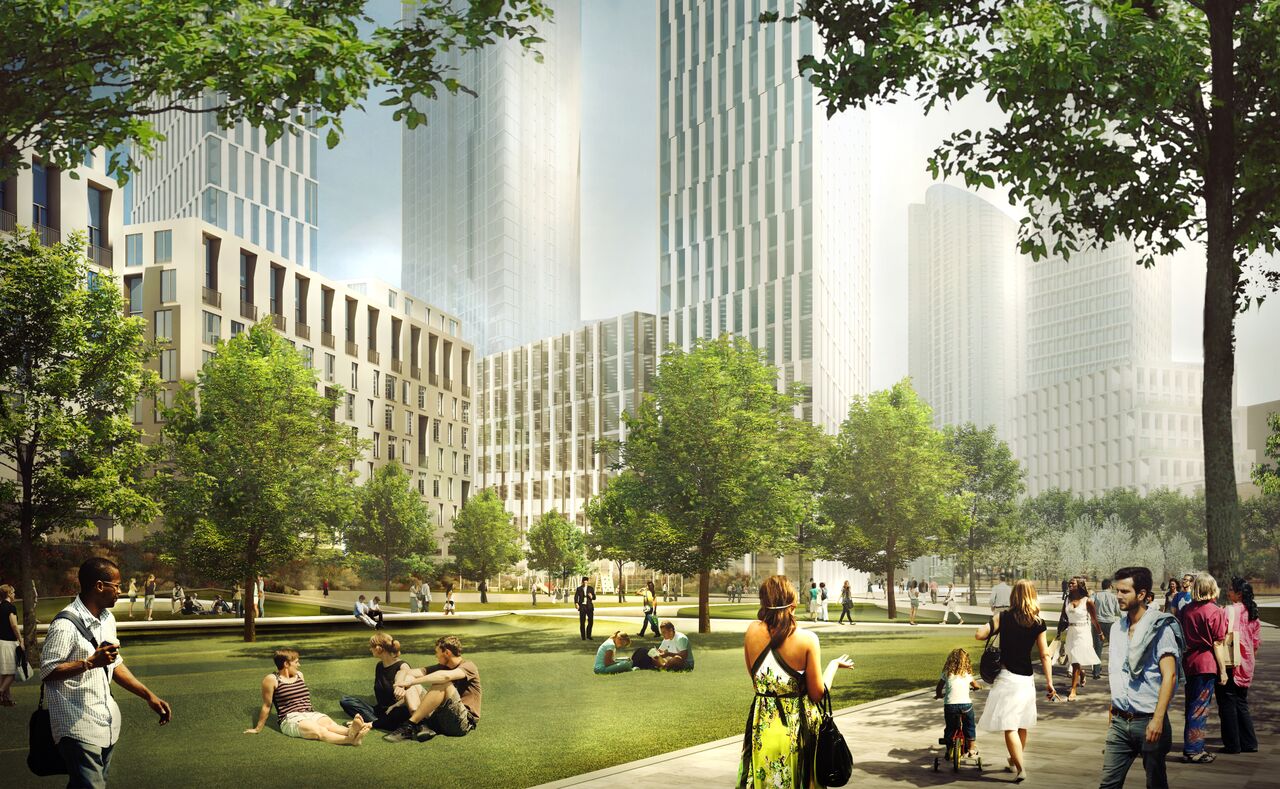 Halogen managed media relations for architect Tatehindle, supporting the practice’s growth by growing its reputation across London and the rest of the UK.

Based in London’s Smithfield Market, the practice’s expertise ranges across residential, commercial and retail projects. A key part of Halogen’s brief was to draw out and highlight specialisms within the firm – including its significant expertise in refurbishing commercial space for modern occupiers. 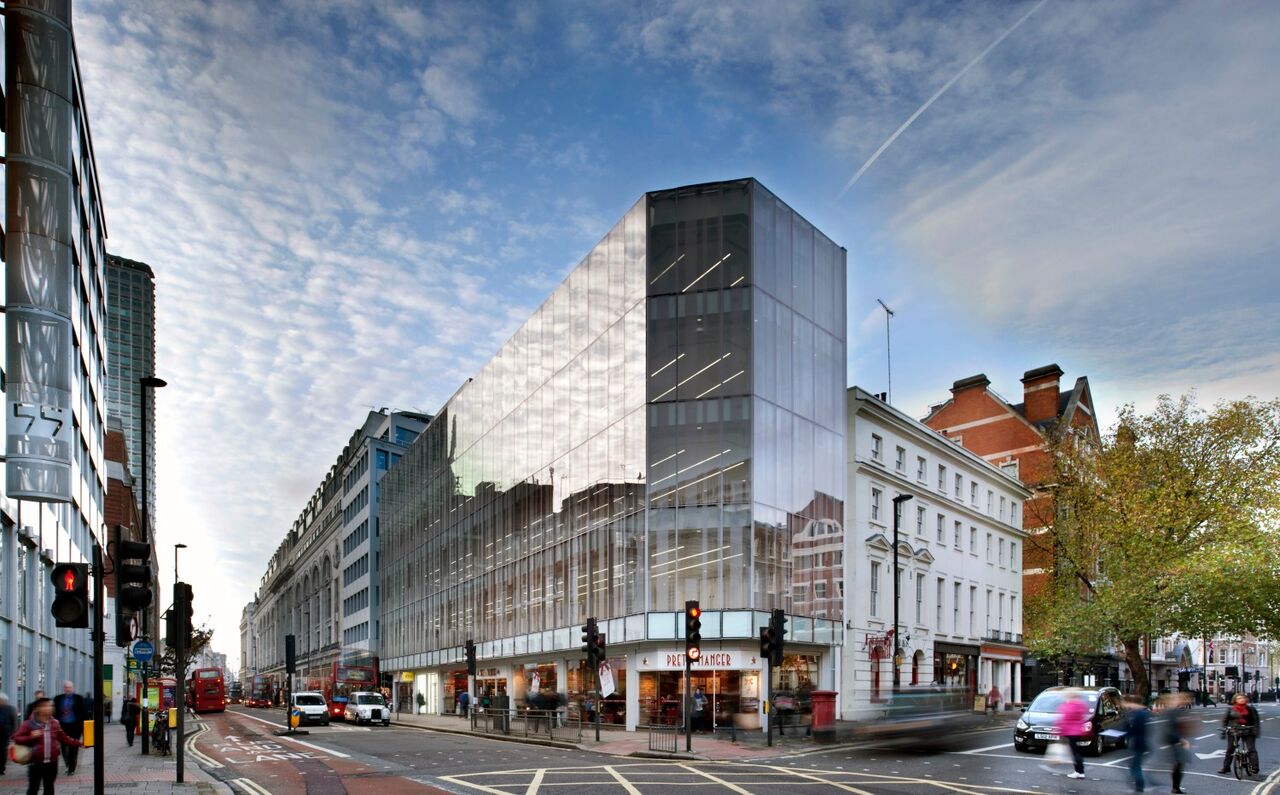 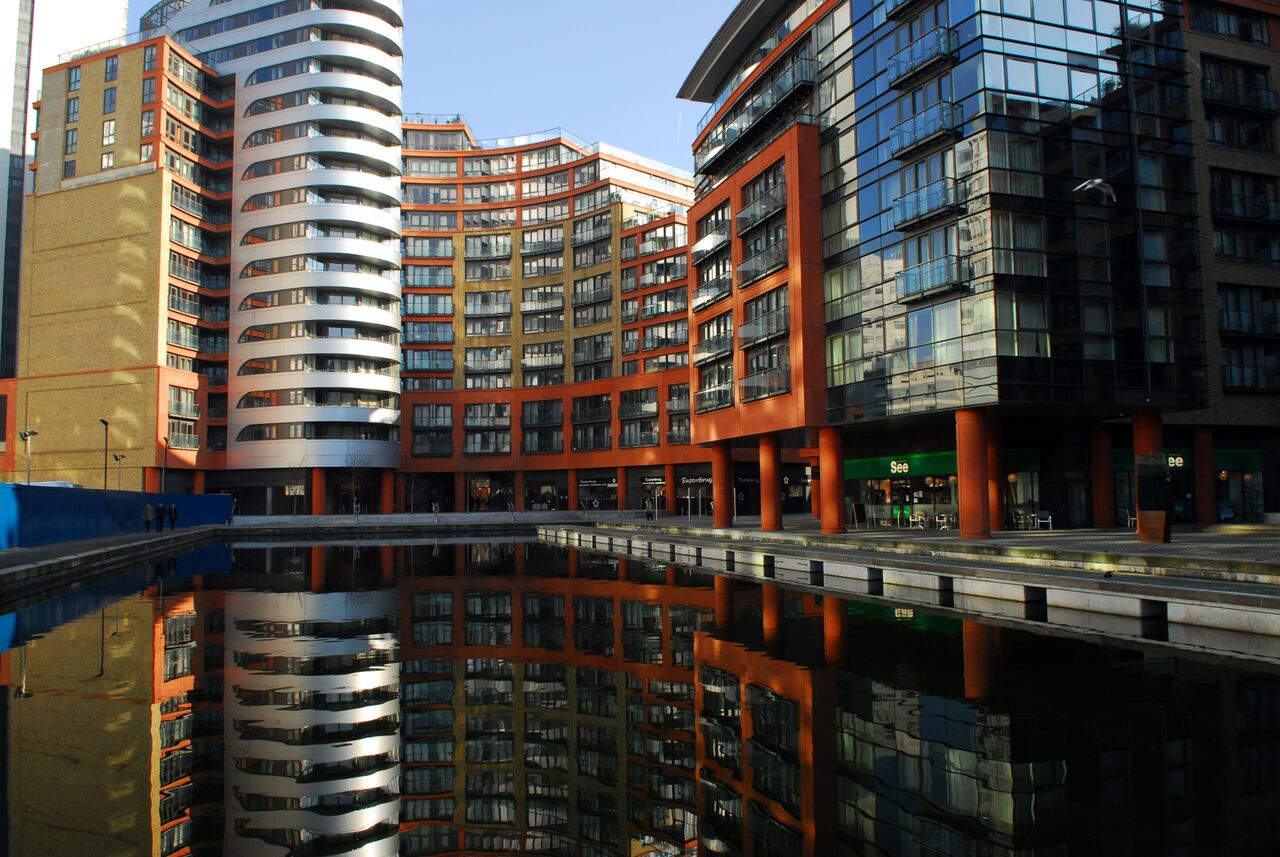 With an HQ in Prague, Czech Republic, P3 has 58 logistics parks in 11 countries across Europe. Its portfolio includes over 3 million sq m of warehousing and a land bank for the development of a further 1.3 million sq m of space.

Halogen worked with P3 to manage its corporate profile during a period of major expansion, creating a company-wide PR structure and managing a series of country-specific PR agencies, as well as delivering pan-European/ global PR. 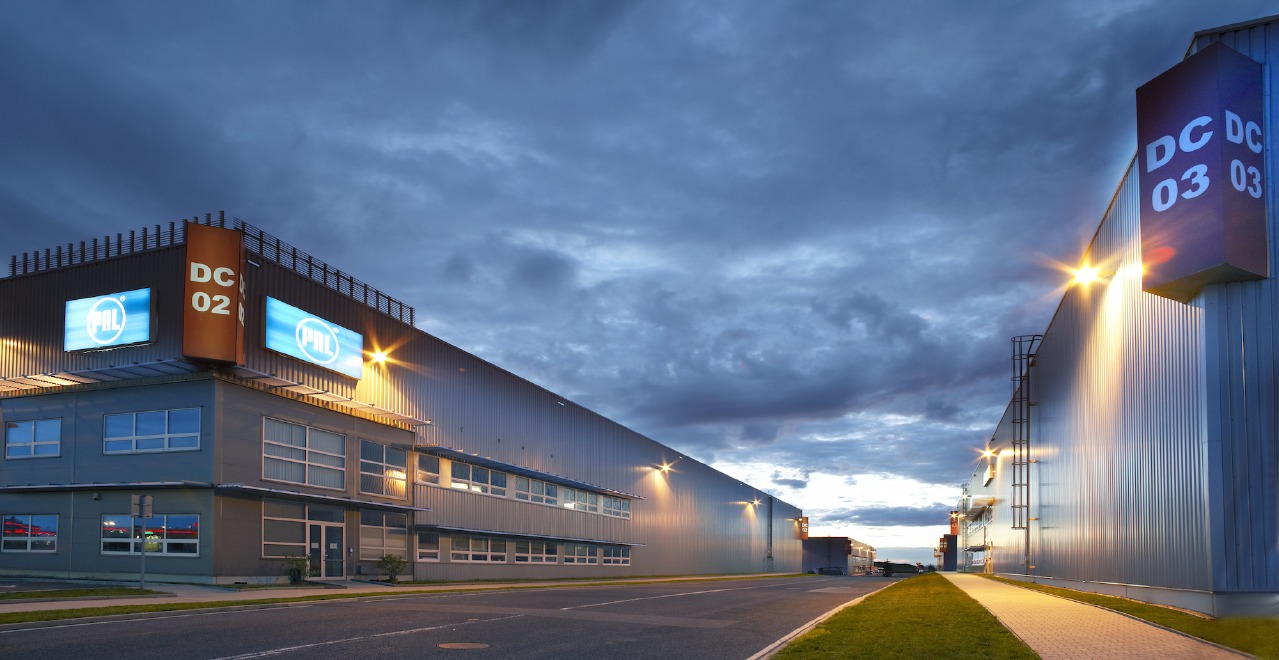 Halogen worked with Sovereign Centros, one of the UK’s best known and most successful independent property companies, over many years and provided communications support on projects throughout the UK, as well as assisting with its corporate marketing.

Major projects within the portfolio included managing strategic communications, press, marketing and planning consultation for the transformation of Telford Shopping Centre, as well as consumer and asset management marketing for Lion Walk, Colchester and the development and acquisition of Trinity Walk, Wakefield.

Following the successful merger of Sovereign Land and Centros in 2011 – both Halogen clients – Halogen has organised company’s annual company drinks reception at Mayfair’s Connaught Hotel as well as producing a range of corporate marketing literature. 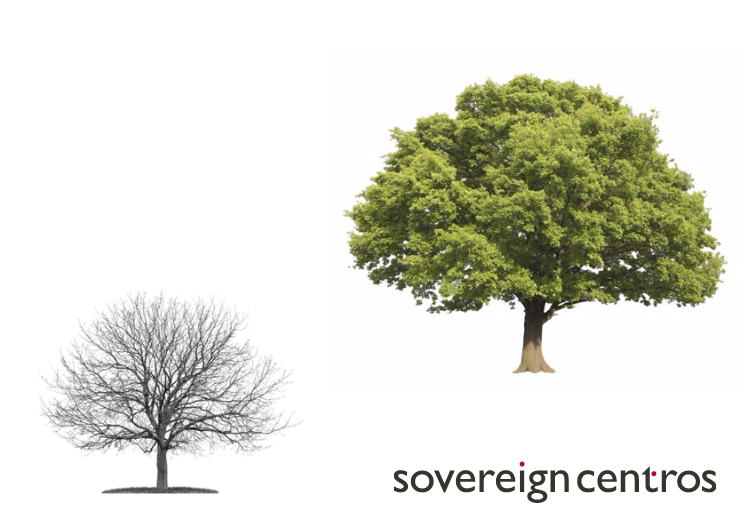